What makes a good term paper?

Writing term papers is more of a craft than an art. That is to say, there are relatively clear criteria for what makes a good term paper; and there a skills you can learn to hone and eventually master this craft.

This document describes what I think makes a good term paper. Other teachers will have slightly different expectations and preferences. But just like the journey(wo)men of yesteryear, it is part of your academic apprenticeship to learn from different ‘masters’ - even if they have a slightly different perspective on what the tricks of the trade are.

This document is written in that spirit. It comes in three sections. The first section gives an overview of the main types of term papers. The second section describes the ‘5 Hitchcock Rules’ for writing good term papers. The third section provides a glossary of miscellanea.

In principle, term papers can come in many forms, including essays, research plans, and policy briefs. However, only under exceptional circumstances will I accept papers that don’t fall into one of the following categories:

The ‘Hitchcock Rules for Good Writing’

Loosely adapted from the cinematic philosophy of Alfred Hitchcock, we can formulate 5 rules for good writing.3 These are: 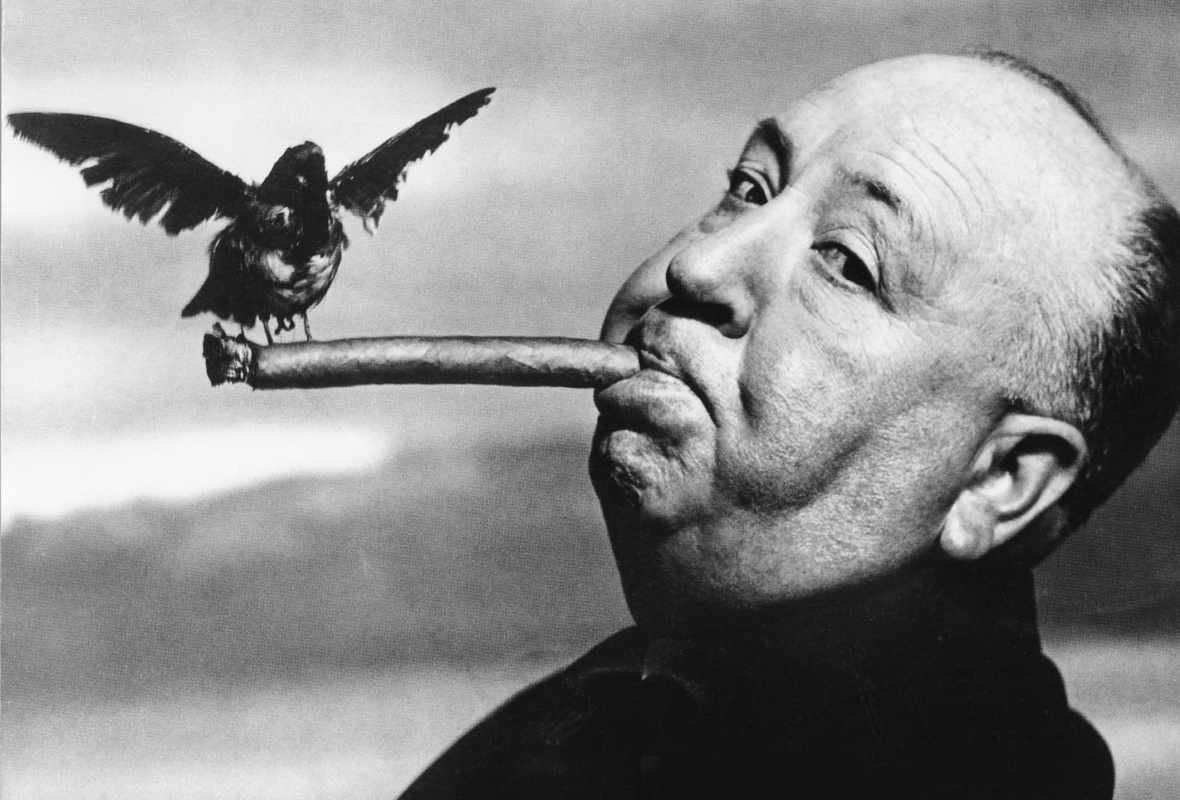 Rule 1: Have a good opening

The purpose of an introduction is to make the reader keep reading - just like the point of a movie opening is to get the viewer keep watching. This requires you to do three things:

Rule 2: Suspense and not surprise

There is no reason to leave the reader in the dark about what you’re actually doing. You should introduce your research question very early, probably on the first page. You should also briefly summarize your main arguments and findings early on. This is not to say that you have to give away everything. All the juicy details are best presented in the main parts of the paper. But don’t entirely surprise the reader either. He or she has to know what’s coming, just not precisely enough to not want to keep reading. There is a great quote by Hitchcock that illustrates the differences between suspense and surprise:

“There is a distinct difference between ‘suspense’ and ‘surprise’. I’ll explain what I mean. We are now having a very innocent little chat. Let’s suppose that there is a bomb underneath this table between us. Nothing happens, and then all of a sudden,”Boom!" There is an explosion. The public is surprised, but prior to this surprise, it has seen an absolutely ordinary scene, of no special consequence. Now, let us take a suspense situation. The bomb is underneath the table and the public knows it, probably because they have seen the anarchist place it there. The public is aware the bomb is going to explode at one o’clock and there is a clock in the decor. The public can see that it is a quarter to one. In these conditions, the same innocuous conversation becomes fascinating because the public is participating in the scene."

Let your argument or findings be the bomb. The reader kind of knows what’s coming. But all of a sudden, they pay more attention to your ‘innocuous’ theoretical argument or empirical setup because they read it with the ticking bomb in mind.

There is a tendency, especially but not only among students, to put everything in one paper: everything they’ve read, everything they find interesting, everything that might somehow matter. Don’t do this. Readers of academic papers are unlike connoisseurs of art-house films: they don’t like overly complicated, fragmented, convoluted storylines.

Try to stick to a fairly narrow question - one you feel like you can answer in less then two-thirds of the space you are given. Believe me, you will still need it all. Also, avoid asking too many sub-questions. No one minds a good side-plot, but there shouldn’t be too many and they should relate to your main story. Hitchcock knew that, and you should too!

In the same way, try to give an answer that is as complicated as necessary but as simple as possible - not the other way around. Sometimes things are complicated. You don’t need to force reality in the Procrustes Bed of a simplistic story. But keep in mind that understanding or explaining a piece of social reality means simplifying it in an argument that focuses on one or a few key features - it does not mean listing everything that could possibly be of relevance.

The dumbest thing academic writers do is to try and sound smart. Great writing is communicating complex ideas in simple language. As the saying goes: write to express, not to impress. 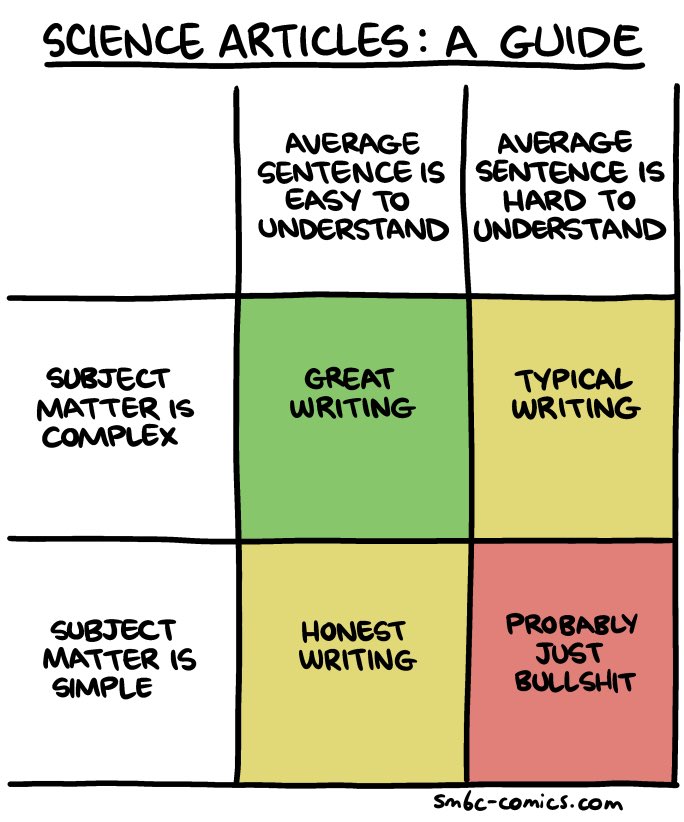 There are a few rules of thumb that can help you become a better writer. Note that these are not rules that apply always and to everyone. Excellent writers can and do ignore them successfully. But as always in life, don’t try at home what professionals do for a living.

Hitchcock was adamant that every shot counts. If a shot did not add anything to the movie, it should not be in the movie. Take that advice to heart when you write - but especially when you rewrite - your paper. In fact, the old adage that one should write without fear and edit without mercy has a lot to it.

Don’t be surprised if cutting sentences or - Heaven forbid! - entire paragraphs is painful. It is meant to be. But the price is worth the pain. Don’t be afraid to kill your darlings - once they’re gone, you’ll rarely miss them.

Robert Graves once said that there is no such thing as good writing, only good rewriting. Take this as an encouragement. It’s okay when your first draft is not great, but it’s not okay if you submit your first draft.

There are many more things that make a good (term) paper. Here’s a short - and by no means exhaustive - glossary.

Writing good abstracts is essential - for every person that reads your paper, there are often many more that read your abstract (although that is perhaps not true for term papers). Fabrizio Gilardi provides a great template for a good abstract; I don’t have anything to add to it.

Everyone agrees that this issue is really important. But we do not know much about this specific question, although it matters a great deal, for these reasons. We approach the problem from this perspective. Our research design focuses on these cases and relies on these data, which we analyze using this method. Results show what we have learned about the question. They have these broader implications.

Fonts matter - they make things easier and more pleasant to read and avoid confusion (see below). 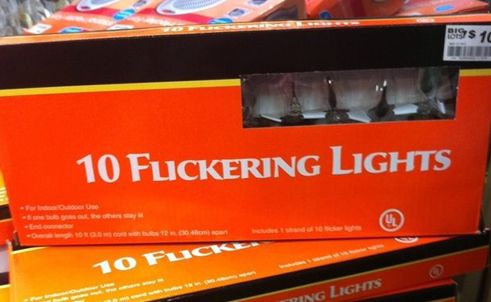 Let’s face it, humans like to look at pretty things. It’s a basic point, but hard to deny. It’s also true for papers. Papers that are nicely formatted, with easy-to-read fonts, with good spacing, and a clear and elegant design are something that I look forward to reading. Awkward fonts on cluttered pages that give off a ‘my-uncle-did-this-in-word-2003-vibe’ don’t elicit that feeling. There are plenty of decent formatting options out there, whether you use Word, LaTeX, or something else. Make sure to pick one!

I am a Post-Doc at the University of Vienna’s Centre for European Integration Research (EIF).